While 3D computer graphic animations are generally controlled "by hand," meticulously and deliberately planned, 3D simulations are governed more by thoroughly "automatic" forces.  Virtually every physical force and substance you can think of, such as wind, gravity, fluids, gases, and combustion, can be simulated mathematically.

Simulations can be beautiful to look at, done right, but they can still be excruciating to set up, control, and edit, even though the computer does a lot of the work.  The software is also always changing, a double-edged sword of ever-evolving interfaces and incrementally easier set-up options.

The following are a few of my attempts to learn and test liquid and combustion simulations, and to apply them to client projects.

Way back in the twentieth century, even before computer graphics and 3D visualization, I drew a lot using pencils and pens on paper.  Most of what I drew was representational (and most of that was science fiction-y), complete with accurate three-dimensional geometries in perspective.  Even my doodles were pictorial or geometric.
But there came a day when I scribbled in the margin of a yellow legal pad, effortlessly and unconsciously, and then and there I recognized something new, and something worth exploring.
That scrap of legal paper is long gone, but of my later efforts, the drawing below is similar in tone: 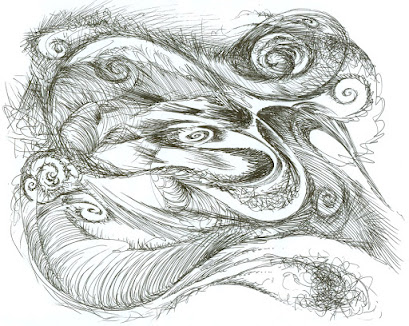 This kind of drawing - intuitive, unplanned, abstract, and easy (don't underestimate easy!) - was a radical departure for me.  I even had an affection for it, since so many of my other drawings, or the materials I was using, had become especially difficult endeavors.  I wanted to protect the integrity of these new drawings (especially from my own scientific inclination) even as I was attempting to identify what it was that needed protecting.  Safeguarding the intuitive process led me to think that these were entirely process-oriented efforts, avoiding goal-oriented thinking as antithetical to their success.  (Success in my eyes, anyway, which is all that matters here.)  While I tried to avoid an excess of aesthetic critique of the outcomes, I also tried to push their evolution by introducing color or constraints of gesture and style.
The following drawings, while showing a variety of permutations, were all created spontaneously, with no definitive plan, no underlying rough drawing, no tools (such as compass or french curves), and no erasing...
A typical effort in pen: 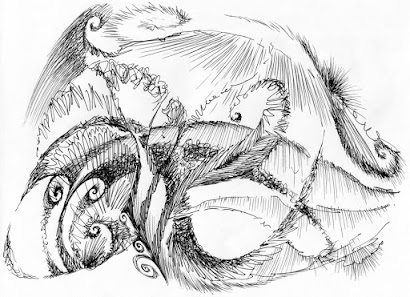 Adding markers to the pen: 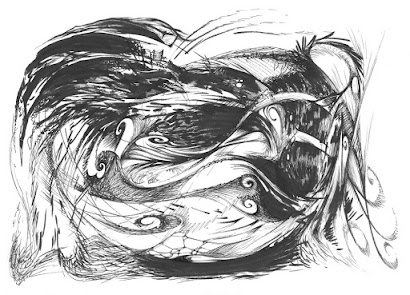 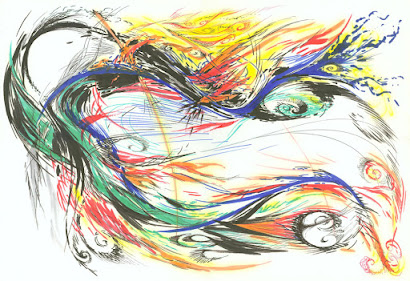 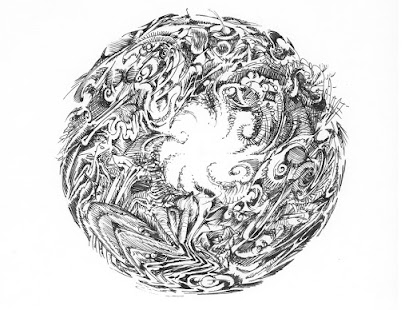 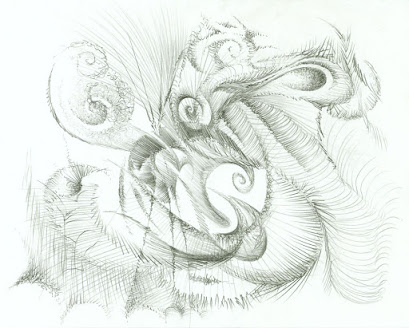 Confining the style to sweeping strokes: 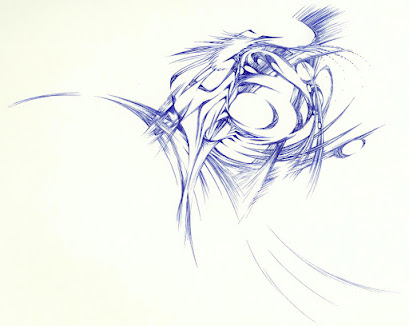 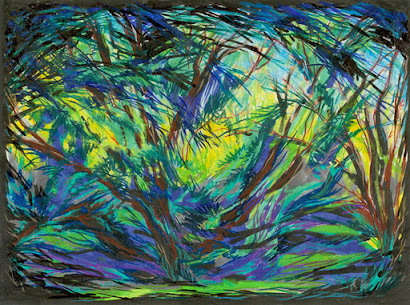 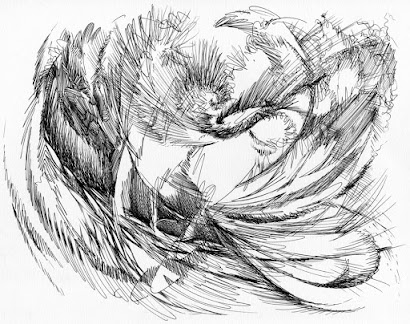 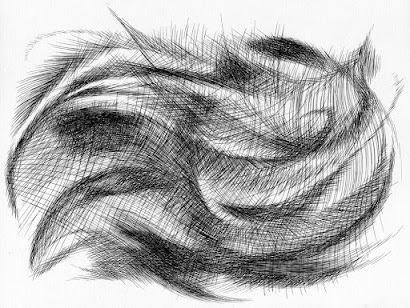 I consider every single one a success, at least to some degree, both in the process of their execution and in their aesthetic outcome.  I have many more drawings, and a lot more drawing to do!
See http://www.tomsylvan.org/ for more.
Posted by Tom at 10:46 AM No comments: