I can't remember a time when I wasn't aware of robots.  It may have started with my fascination with animatronic elves in store windows when my mother took me Christmas shopping.  Some of my earliest memories are of black and white images from Japanese TV shows featuring the android Eighth Man and the giant robot Gigantor. 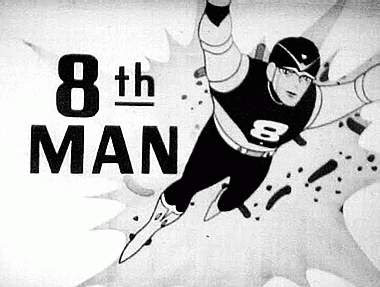 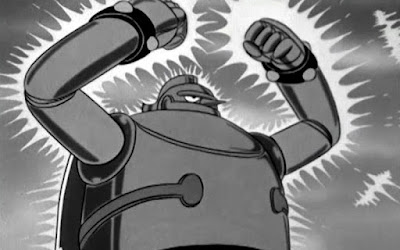 Sophisticated robots were confined to science fiction in those days, both on the page and on screen, and even then they were mostly pretty crude.  But it didn't matter.  I remained fascinated by the multitude of ideas inherent in robotics, from the mechanical aspects to the processing of vision, speech, and thought.

I'm a fan of the robots in Metropolis, Forbidden Planet, The Iron Giant, The Day the Earth Stood Still, Silent Running, Star Wars, Pacific Rim, West World, The Incredibles, THX 1138, The Matrix, Sky Captain and the World of Tomorrow, and even Robots, among many other movies.  And Isaac Asimov's tales of robots, robotics, and roboticists (but emphatically not their movie derivations) are my favorite stories.

But what prompted me to start drawing android robots was The Questor Tapes, an obscure 1974 TV movie.  This was a Gene Roddenbury series pilot, though creative differences killed the series before it started.  Though I've since forgotten most of it (I only saw it that one time), I still remember the scene where the android, late at night and unknown to its human engineers, refines its own appearance from blank mannequin to realistic human. 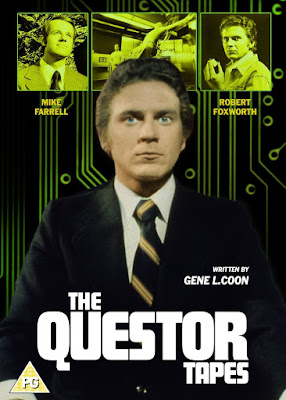 For whatever reason, it flipped a switch in me, making me wonder what the insides of an android would look like.  How would a machine be constructed to mimic a human's range of motion?  I didn't know anything about motors or pneumatics or electromagnets, but I was content to design things that looked like they might mimic the functions of bones and muscles.  (I guess I was content to visually mimic things that functionally mimic other things...)  Unfortunately, many of my earliest drawings have been lost, but two drawings survive that benefited from about four years of experimentation after The Questor Tapes. 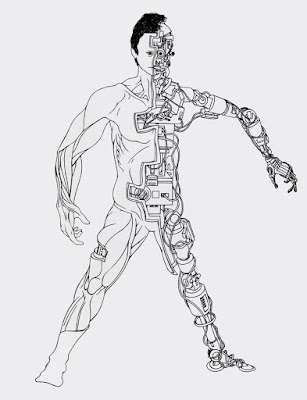 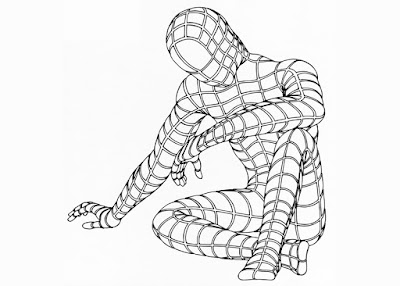 The first is a pretty typical android design, not especially ingenious or even mechanically functional, but it managed to fit a machine into the shape of a man.  The second is a more abstract study, a 3D geometric representation of the human form, and more important to me as an antecedent of my work decades later in 3D modeling and animation.  It also illustrates my thinking about robot design slowly evolving into thinking about human design as well.  Logically, you have to know how a human works before you can design a mimic of it.

After that, I was sidetracked for a few years by college and other forms of experimentation, but eventually I resumed drawing bits and pieces of android robots.  The human shoulder in particular presented a vexing (but fascinating) engineering challenge. 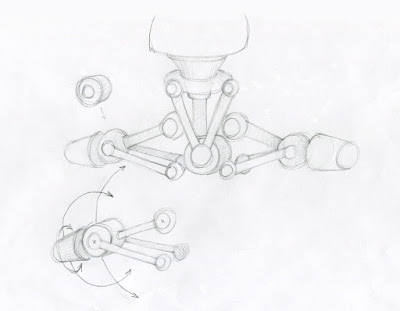 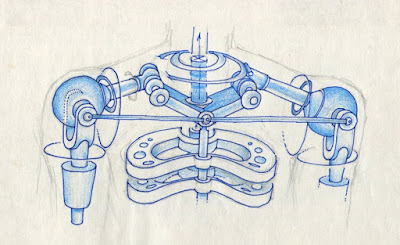 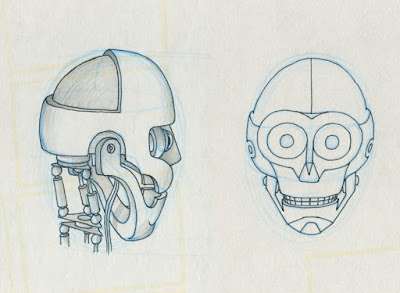 Years of drawing three-dimensional geometries on paper, I'm sure, helped me learn 3D computer modeling much faster than it otherwise would have taken.  And while I had to earn a living modeling things other than robots, and learning even the fundamentals of character animation was time-consuming, finally designing and animating 3D CG robots was an inevitability. 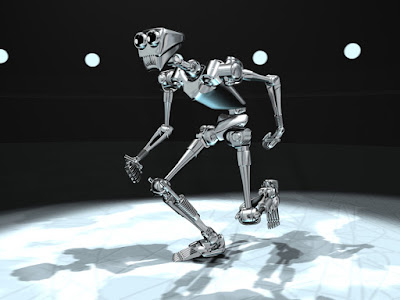 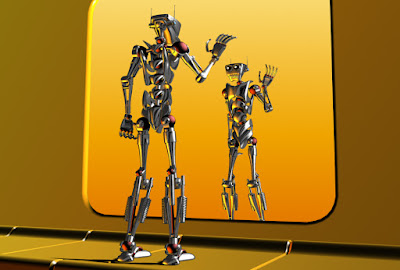 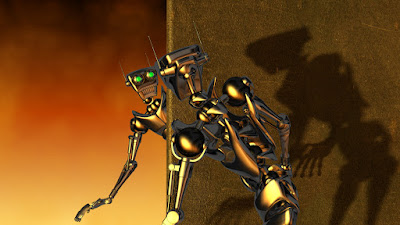 So, while I'm not yet done, not by a long shot, and other things have occupied my time, I have a few animations to remind me where I left off.  IceBot is a fun little exercise that forced me to learn some new things.  And Bad Reflection, another fun idea based on a famous Marx Brothers bit, is not yet done, though I finished a rough draft in 2001 and resumed refining it, if only briefly, in 2011.